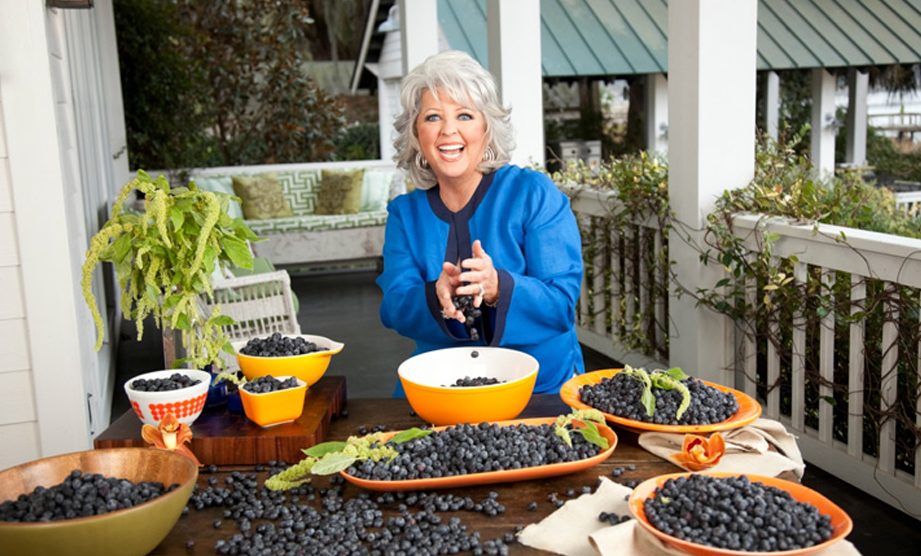 South of the Mason Dixon line this time of year it’s no surprise to be driving through any small town and see a sign for fresh blueberries. Places like Bridgeton, North Carolina where The Nelson Family Blueberry Farm has been growing berries since 1939. At the Nelson’s farm, you can still pick your own berries for a dollar a pound! Beautiful plump North Carolina berries that are the richest shade of indigo. If you have a chance this June and July, pull your car over when you see a sign for fresh blueberries. Most likely, where you are going can wait…especially if you come bearing a bucket of fresh blueberries.

History and Nutrition Facts:
Blueberries are part of the heath family, which includes cranberries, bilberries, azaleas, rhododendron and mountain laurel. Flavors range from tart to mildly sweet and are bursting with nutrients and antioxidants. Blueberries are a great source of Vitamin C, manganese, fiber and Vitamin E as well as being low in calories. Blueberries are native to North America! The fruit is very rarely found growing in Europe. The varieties grow from Canada to Florida on the Eastern seaboard as well as in the Pacific Northwest. Native Americans used blueberries a lot in their diet, but the berries were not consumed in large amounts by the colonists until the mid 19th century when sugar became more widely available. The first commercially grown berries became available in 1916.

Selecting:
When you are at the market or blueberry farm, choose the blueberries that are firm and have a uniform color with a white bloom. This next step for testing freshness is really important. Shake the container that the berries are in. Fresh berries will move freely. If they don’t, it’s usually an indication that they are soft and could be moldy. Use the same test when purchasing frozen berries. Shake the bag. If the berries move freely this is a sign that they have not thawed and been refrozen.

Storing:
Remove any damaged berries before storing because those will spread mold. Store your ripe blueberries in a covered container and place it in the refrigerator. They will hold for just under a week. Don’t wash your blueberries until right before you are ready to eat them. Washing will remove the bloom and that is what protects the berries skin. Ripe berries can be frozen easily. Wash them first and remove any damaged berries.  Allow to drain and spread them out on a wax paper lined baking sheet. Place in the freezer until berries are frozen then remove and put into individual zip lock bags. I like to freeze my berries in one cup measurements, which makes preparation more expeditious when I am ready to use them in a recipe.

Listen to Paula talk about the blueberries in her garden as part of this week’s installment of What’s Cooking with Paula Deen.