Add onion to skillet; cook over medium-high heat until just soft, about 2 minutes. Stir in greens; cook until just wilted, about 4 minutes. Remove from heat.

On a lightly floured surface, unroll breadstick dough, and separate into 12 pieces. Roll each piece into a spiral; pinching seam to sea. Place rolls around sides of skillet. Spoon greens mixture into center of skillet.

Bake until bread is golden brown and dip is bubbly, about 25 minutes, covering with foil during last 5 minutes of baking to prevent top of dip from drying out. Uncover and sprinkle remaining ¼ cup Cheddar onto bread and dip. Bake until cheese is melted, about 2 minutes more. Let stand for 10 minutes before serving. 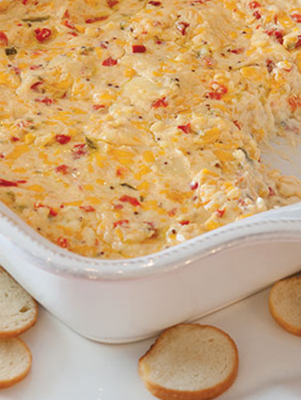