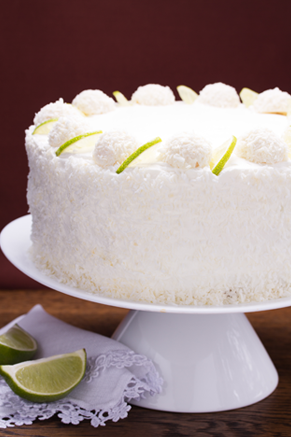 In a large bowl, beat the sugar and 1 1/2 cups butter at medium speed with a mixer until fluffy. Add the egg yolks, coconut extract and vanilla extract, beating until combined.

In a medium bowl, combine the flour, baking powder, baking soda and salt.

In a medium bowl, beat the egg whites until stiff peaks form. Gently fold into the batter. Spoon the batter into the prepared cake pans and bake for 18 minutes. Let cool.

Spread the Luscious Lime Frosting between the layers and on the top and sides of the cake. Press coconut flakes around the cake. Garnish with fresh raspberries and lime slices, if desired. Chill until ready to serve. 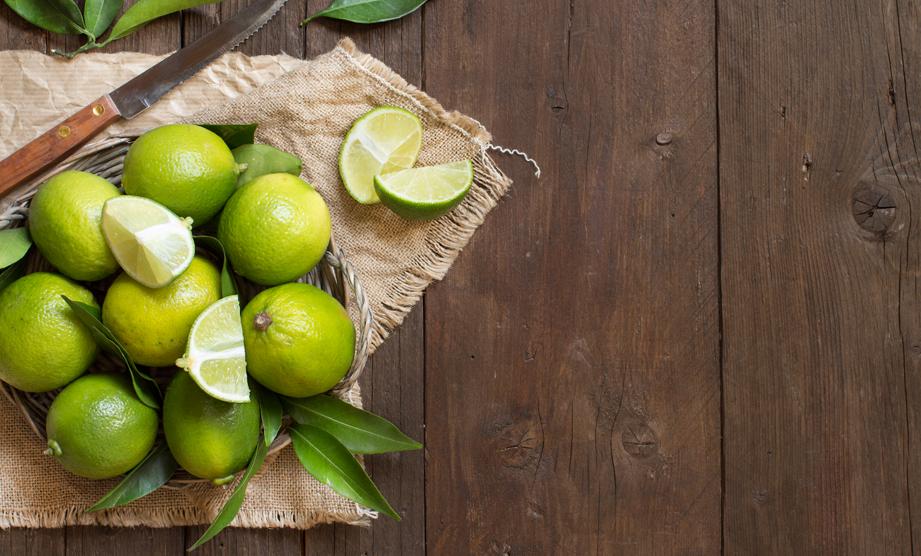 What's in Season: Limes
Sign Up For Paula's Newsletter