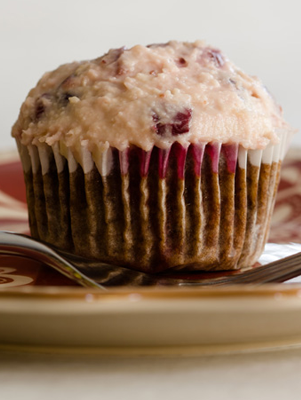 Combine all ingredients in a medium-sized saucepan. Bring to a boil and then reduce heat to medium-low. Simmer for twenty minutes.

Use a sieve to strain out the berries. Reserve both the syrup and berries.

Evenly divide the batter between 12 cupcake liners, filling them almost to the top. Bake for 20 minutes or until a toothpick comes out dry.

Using a small paring knife, remove a cone shaped piece from the center of the cupcake. Using a spoon or a turkey baster, fill the hole with cranberry syrup. Replace the removed cupcake piece, cutting it to size if necessary.  It will be covered with frosting so it doesn’t have to look pretty.

Optionally, drizzle any leftover cranberry syrup on top of the cupcakes.

In a medium-sized saucepan, mix cream cheese, sugar, and eggs. Heat on medium-high until the mixture comes to a boil, stirring regularly to smooth the mixture out. Allow to boil for one minute.

Remove from heat and stir in cranberries. Cool to room temperature. Refrigerate for at least three hours, allowing the cheesecake to set. 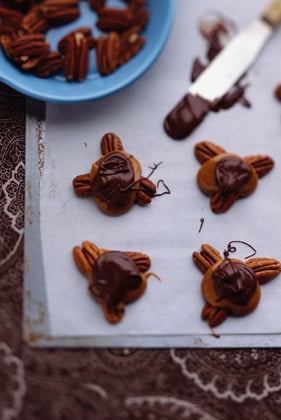 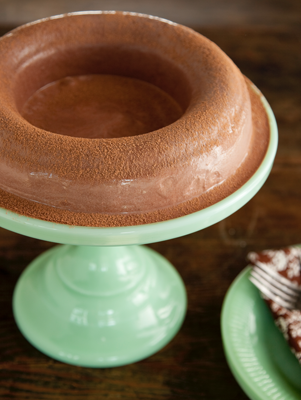