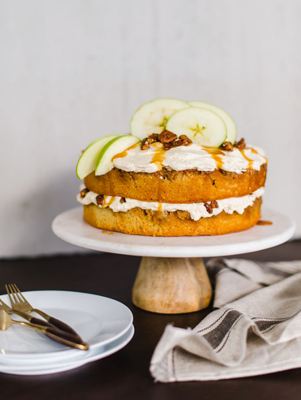 Pour 1/4 cup melted butter into each cake pan. Sprinkle each evenly with 3/4 cup brown sugar. Arrange the apple slices in a single layer over the brown sugar.

In a large bowl, beat the remaining 1 cup softened butter and the granulated sugar with a mixer at medium speed until fluffy. Add the eggs, one at a time, beating well after each addition. Beat in the vanilla.

Pour the batter evenly into the prepared pans. Bake until a wooden pick inserted in the center comes out clean, 35 to 45 minutes. Let cool in the pans for 20 minutes. Invert the cakes onto wire racks (the apple side should be facing up) and let cool completely.

In a small bowl, sprinkle the gelatin over the cold water and let soften for 2 minutes. Add the boiling water, stirring to dissolve.

In a large bowl, beat the heavy cream with a mixer on high speed until foamy. Gradually add the confectioners’ sugar, beating until stiff peaks form. Slowly add the gelatin mixture, beating until combined. The mixture will look like it is melting, but will firm up. Stir in the caramel topping. Cover and refrigerate for at least 2 hours before using. Yield: about 3 1/2 cups. 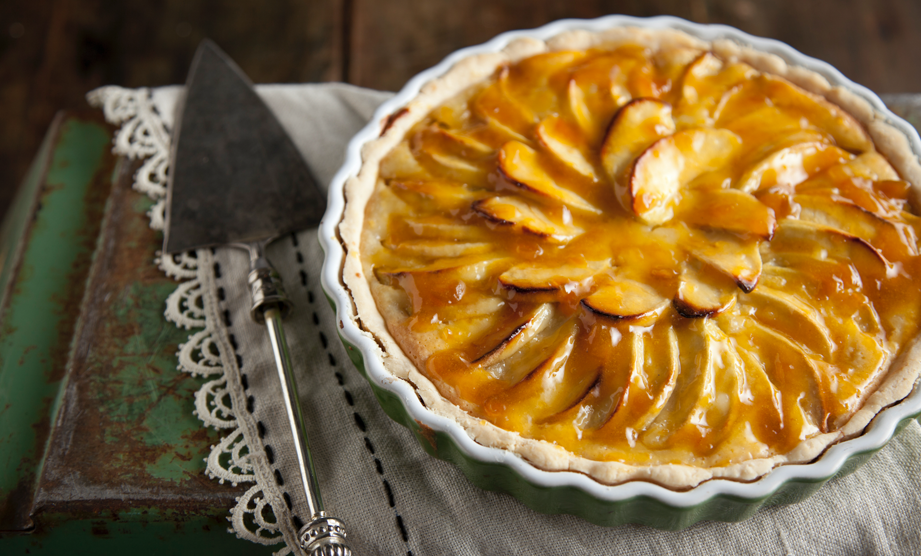 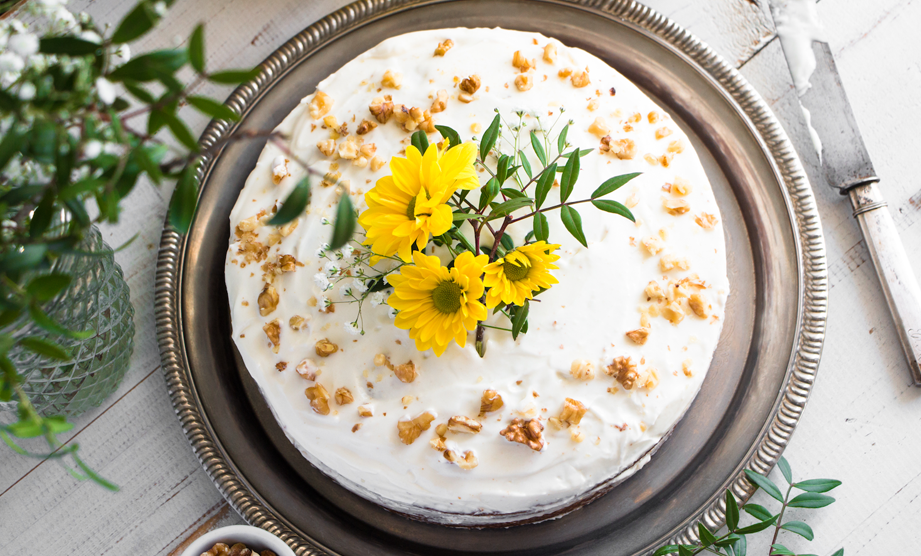 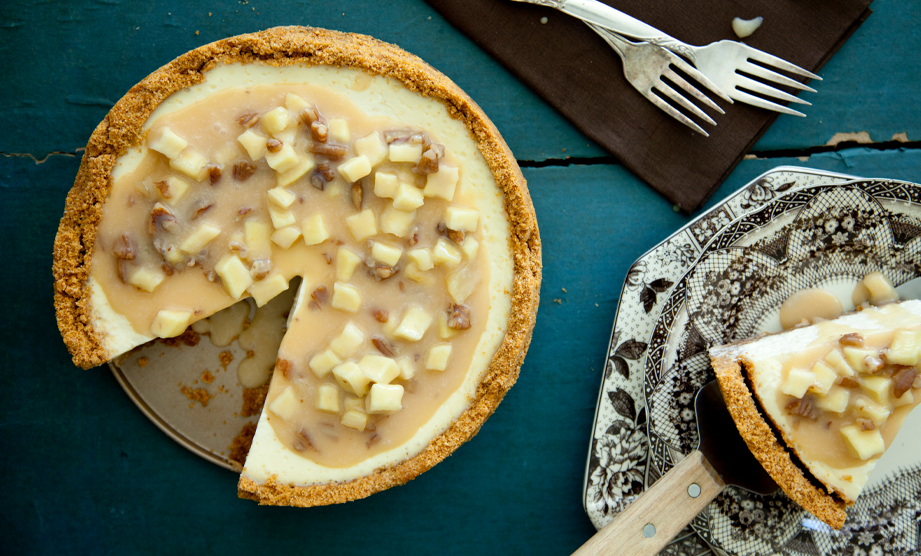 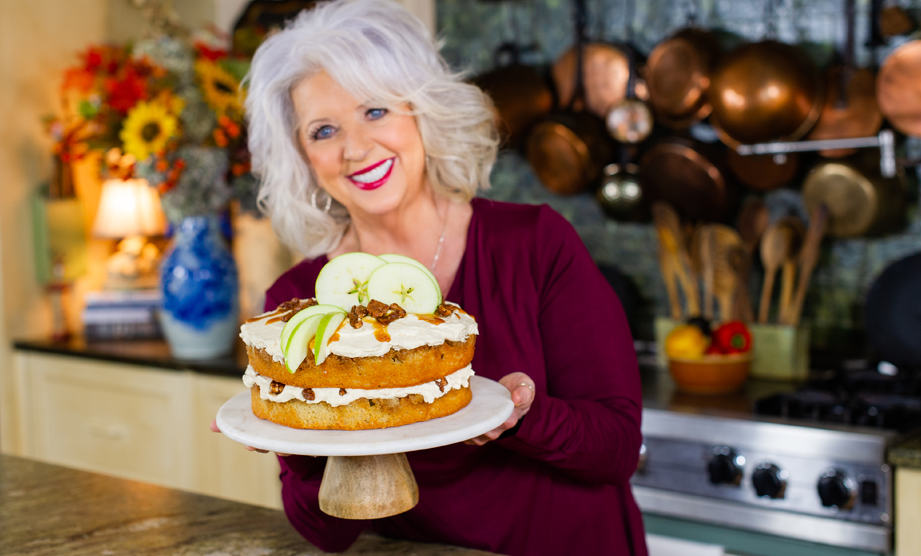 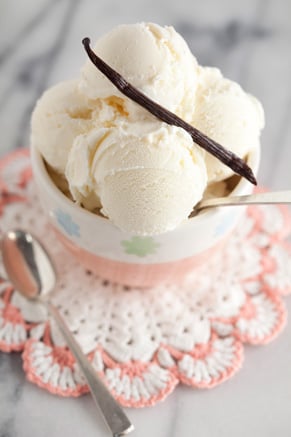 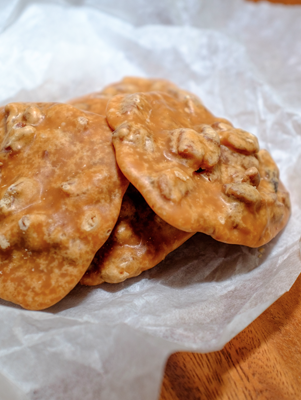