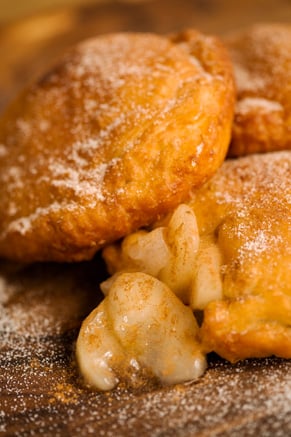 Pour the oil into a cast-iron skillet to a depth of a little less than 1/2 inch. (This would be 11/2 cups oil in a 10-inch skillet.) Heat over medium-high heat. When the oil is hot, place 3 to 4 pies in the skillet and cook for about 2 minutes on each side, or until golden brown. Drain on paper towels. Repeat until all the pies are cooked, or wrap and freeze some of the uncooked pies for another day.

Sprinkle the pies with granulated sugar while they’re hot. 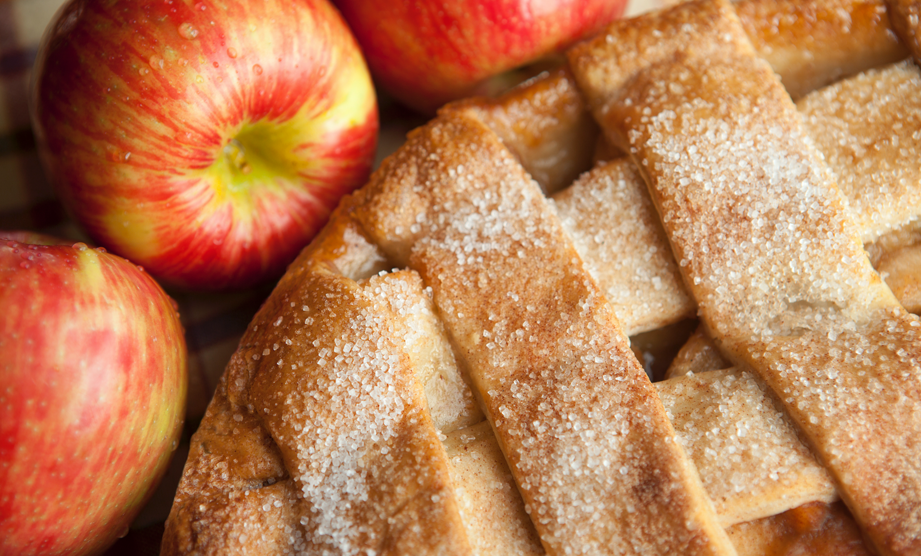 Apple Pie of My Eye
Sign Up For Paula's Newsletter