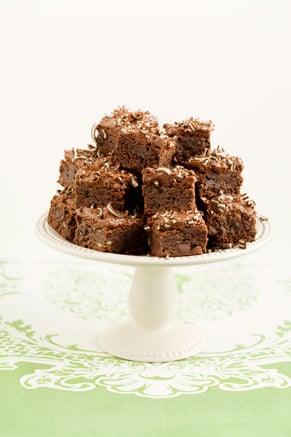 Using an electric mixer, combine 2 sticks butter and sugar in a large mixing bowl; beat at medium speed until creamy. Add eggs, one at a time, beating well after each addition. Add 1 teaspoon vanilla, mixing well.

Remove pan from the oven and allow brownies to cool in pan on wire rack. Spread with chocolate frosting. Top with shaved mint thins.