Gettin’ Down to the Nitty Grit-ty 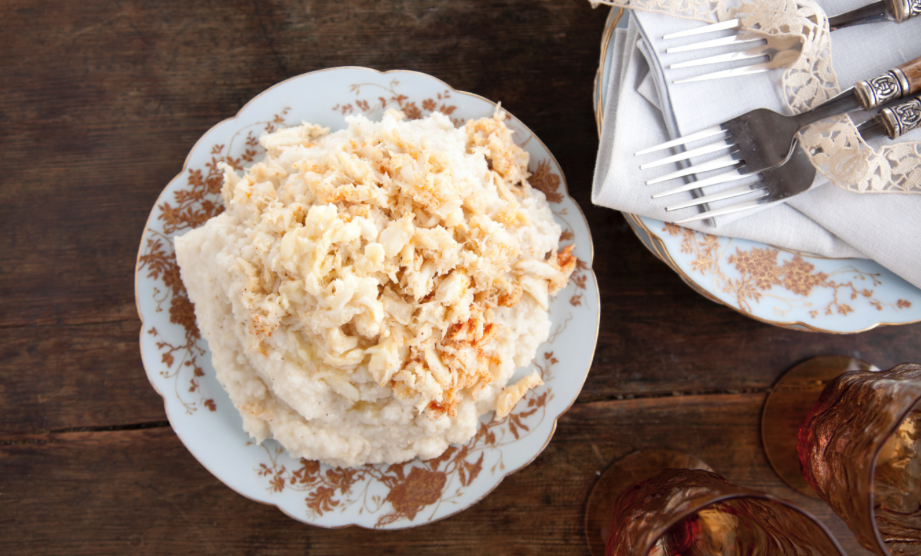 As every good cook knows, grits are an institution in the South. No other ingredient defines Southern cooking quite like grits. So what are true Southern grits? Some say they can be creamy, and some say they can be stiff. There are fork grits, and there are spoon grits;breakfast grits and dinner grits. We’re here to set the record straight!

What are grits?
Grits are essentially coarsely ground cornmeal, made from ground hominy. Hominy is made from whole corn kernels that have been soaked in an alkali solution to soften the outer hull. The solution is then washed off and with it comes the hull and the germ. It’s then coarsely ground to make grits. Finely ground hominy is known as cornmeal.

Grits can be either white or yellow; it depends on what variety of corn is being used.

How do you cook grits?
Cooking grits is pretty simple. For some reason, for the newbie, it can be intimidating. Follow these instructions, and you’ll be just fine.

1. Use a heavy-bottomed pot, and heat your liquid to a heavy simmer (most people use either water or chicken broth depending on if you’re making for breakfast or dinner).

2. Once simmering, add the grits in a low, steady stream while whisking. Reduce heat to medium low, and continue to stir until the grits are nice and creamy and thick. The length of time will be determined by what kind of grits you are using. Stone ground can take 45 minutes, and Quick Grits take about 5 minutes.

3. Finish the grits with cheese, butter, or cream. If you’re feeling really decadent use a combination of the three!

Recommended Varieties
Stone ground grits are a whole grain variety of grits. They take the longest to cook. Some people suggest mail ordering them for freshness since they are considered moderately perishable and sometimes hard to find.

Quick grits cook in only 5 minutes. They are finely ground to decrease the cooking time needed to make them creamy. Do not confuse them with instant grits, which often turn out gooey, like glue. Instant grits have been pre-steamed and dehydrated so only boiling water is needed to “cook them.” We don’t recommend using instant grits.

In some areas of the country, grits can be hard to find. If you’re in a pinch and can only find polenta, it can be used as a grit substitution with favorable results. As Paula’s pal Mario Batali says, “The only difference between grits and polenta is the price tag.”

Paula’s Tips and Tricks
We’ve learned a lot of grit tricks from Paula over the years. She cooks with quick grits but over a very low heat, and stirs periodically, for about 40 minutes. The end result is creamy, luscious grits. Her other secret is seasoning well with salt and pepper and finishing the grits with cream, pats of cream cheese, and lots of butter!

We also love when Paula makes her special grit toasts for an appetizer. She adds creamy cooked grits to a buttered 13×9 casserole dish and lets them set up in the fridge until firm. She then cuts them out into rounds, brushes them with butter, and bakes them until crisp. The crisp rounds are always topped with delicious ingredients, like creamed mushrooms and thyme, chopped shrimp and cream cheese, or stewed summer vegetables. It’s heavenly, y’all.