‘Tis the Season… for Football! 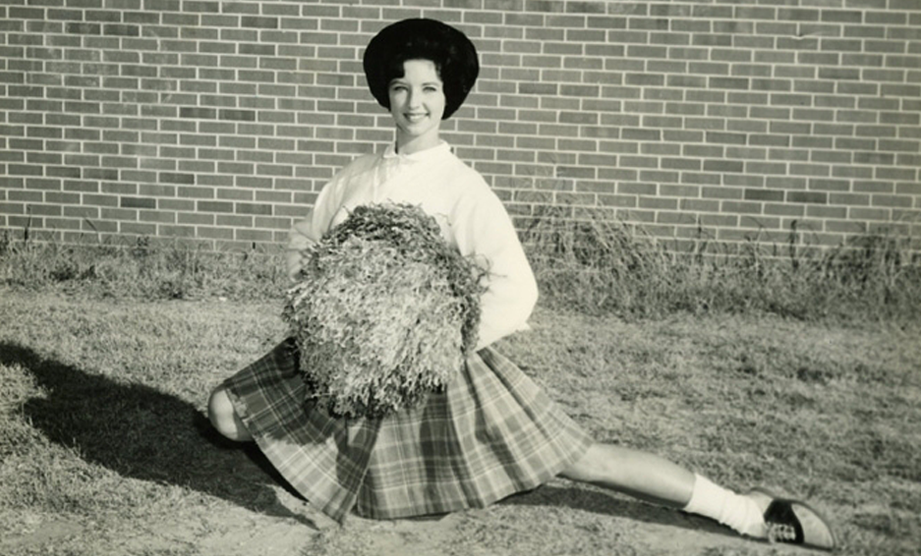 In honor of the big game, we’re posting this classic blog post from Paula. Enjoy!

We’re in the throes of it now — and I’m not talking about season premieres or the season for giving. I’m talkin’ about football season.

To me, football season means one thing: I no longer get to see my boys on Saturday. I don’t even try. Jamie has this little guesthouse he calls “The Dawg House” that’s decorated from stem to stern in University of Georgia paraphernalia. That’s their sanctuary — a “man cave” as they call it.  And if the boys aren’t whoopin’ and hollerin’ at the TV, they’re busying themselves over this Fantasy Football thing. I can’t say I understand all the fuss about an imaginary game, but Jamie, Bobby and all the guys at the restaurant live for it.

It’s not that I don’t love football — I was a high school cheerleader for goodness’ sake — I just don’t understand it all that well. See, my football roots go as deep as my cheerleading outfit, and by that I mean I couldn’t have cared less about what was happening on the field. All that really mattered to me was how good I felt when I put on my cheerleading uniform. I loved all the excitement, prancing around and being in the mix of things.

Back when I was a cheerleader, we had very good reputations and were highly thought of — and who wouldn’t want to be a part of that? We were out there on the sidelines leading our classmates in school spirit. We would travel to our football games and, oh my gosh, that was probably the best part of it — getting on the bus with the boys. ‘Course, it was all pretty innocent back in those days, y’all. My senior year, I was even captain of the cheerleading squad. All us girls had different talents, and I was never into tumbling. I could do cartwheels and things like that but our cheers were simple. Like I said, we were really, really tame by comparison to what they do today. All that fancy booty shaking and basket tossin’ — it’s a competitive sport now. Gone are the good ol’ days of “G-O, let’s go!”

But I did have myself another special football moment when I attended the Rose Bowl back in 2011 as the Grand Marshall of the Rose Parade. It was like being voted queen of the prom, just on a much, much bigger scale. And then being on that field for the coin toss took me right back to my cheerleading days. If I didn’t think I would’ve pulled something — I would’ve turned a cartwheel right then and there. Afterwards, I went up in my little room and I watched the game. It’s amazing how different it is when you’re in a place where you can actually see the ball instead of staring at some little dot flying across the TV screen. I got so excited. That ol’ cheerleader came out. My friend Hollis told me that we need to slip out of the stadium a few minutes before the game was over, but it was a close game and I said, “Hollis, I just can’t leave — I’ve got to see what happens!”

So I guess my point is, you don’t have to understand what “1st and 10” means to enjoy this game. Y’all can keep it simple like I do: when someone catches a ball and starts running like a cat on fire, yell your little heart out because everyone appreciates a good cheerleader — as long as you’re on their side.

Want to see Paula’s recent foray back into cheerleading? Check out the Paula’s World episode, Cheer Up, Paula!